If you are a landowner leasing land for wind or solar projects or otherwise involved with the clean energy industry, it likely that you’ve increasingly started to hear more people talk about the concept of “renewable energy royalties”. You may also have read recent press releases from multiple companies announcing achievement of being the “first mover” or “industry leader” with respect this new subsector of the wind and solar industry. With multiple companies all highlighting their status as the top company focused on renewable energy royalties it’s not surprising that some confusion has arisen about what exactly a renewable energy royalty consists ofin the first place. Although Madison Street Renewables is not one to take credit for inventing the concept of renewable energy royalties, it’s been operating in the industry long enough to be able to differentiate what is meant by that phrase, based on the situation and parties amongst who it’s being used.

1. No Single Definition of Renewable Energy Royalty: The term “Renewable Energy Royalty” is a broad term which can refer to more than one concept and type of transaction. Unlike the Oil and Gas royalties, that have been around long enough for there to be a universal agreed upon definition; the relative infancy of the renewable energy industry, means that different people have different views of what constitutes a renewable energy royalty. The most common examples of what is meant when references are made to “renewable energy royalties” include the following:

a. Landowner and Project Owner’s reference to “Renewable Energy Royalties”: When project developers/owners enter into a lease with a landowner, the amount of rent paid to the landowner is often defined as the greater of (i) a minimum set dollar amount or (ii) a percentage of the gross revenues made by the project owner. In this case the “gross revenue” based payment is often times alternatively referred to as the “Royalty Payment”

b. Project Developer & Development Lender’s definition of Renewable Royalties: When project developers obtain development stage funding from specialty finance companies, the transactions are often set up so that the funding source is “paid back” once the project is operating. These companies are entitled to receive a certain percentage of any money/profit generated by the project from the sale of electricity by the project owner.

c. Landowner and Project Lease Buyer’s meaning of “Renewable Energy Royalty”: When a company like Madison Street Renewables offers landowners the ability to receive a large lump sum payment now in exchange for the rights to any future lease proceeds, the future lease payments are often referred to as the royalties that are bought out upon payment of the lump sum to the landowner.

d. Project Owner and Land Lease Companies definition of “Renewable Royalty”: when a project developer/owner can only obtain the right to acquire the project site’s real estate (despite is preference to lease the property) certain companies like Madison Street Renewables can solve this issue for the Project Owner by agreeing to assume and exercise the land purchase option at any certain time (e.g. at financial close, at start of construction, etc.) and immediately leasing the land back to the project for ~30+ years in exchange for the project company agreeing to pay Madison Street Renewables an annual rental or “royalty” over the term of the lease.

2. Who are the leading Renewable Energy Royalty Companies?

a. Based on the broad range of definitions of the term Renewable Energy Royalty, the answer to that question is not as cut and dry as it may seem.

b. With that said, Madison Street Renewables has experience and prides itself in its ability to make it easy for Landowners and Project Developers to obtain immediate large cash payments by entering into relatively simple renewable energy royalty transactions.

If you are a Landowner or Project Developer that is interested in learning more about how Madison Street Renewables can convert your Renewable Energy Royalties into am immediate large cash payment, we encourage you to call us at 312-584-0852 or email us at contact@madisonstreetrenewables.com to learn more.

← Prev: How Much Are Your Wind Royalties Worth? Next: Madison Street Renewables becomes affiliate member of NASTL → 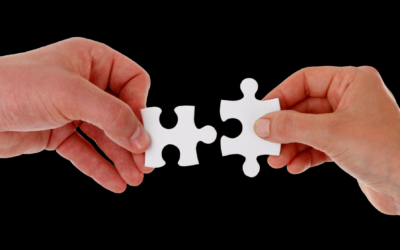 In our ongoing effort to engage and educate various types of wind lease landowners on the benefits of our business... 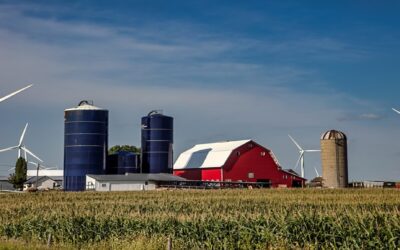 How Much Are Your Wind Royalties Worth?

General Rule: The true value of any wind royalty is unique and various terms and conditions related to each specific...

According to the U.S. Bureau of Labor Statistics the wind energy market is the fastest growing sector of the renewable...

This website uses cookies to improve your experience while you navigate through the website. Out of these cookies, the cookies that are categorized as necessary are stored on your browser as they are essential for the working of basic functionalities of the website. We also use third-party cookies that help us analyze and understand how you use this website. These cookies will be stored in your browser only with your consent. You also have the option to opt-out of these cookies. But opting out of some of these cookies may have an effect on your browsing experience.
Necessary Always Enabled
Necessary cookies are absolutely essential for the website to function properly. This category only includes cookies that ensures basic functionalities and security features of the website. These cookies do not store any personal information.
Non-necessary
Any cookies that may not be particularly necessary for the website to function and is used specifically to collect user personal data via analytics, ads, other embedded contents are termed as non-necessary cookies. It is mandatory to procure user consent prior to running these cookies on your website.
SAVE & ACCEPT